The anti-Christ evolutionary view of man is an artificial origin account from hell that reduces all humans to weeds, fish, bugs, and apes. Ideologically, this view is subhumanism, which denies the souls of human beings, meaning that for human beings, reality is non-self.

During this time of decline, watchmen such as Skousen tried, mostly in vain, to warn Americans of the insidious schemes and plots hatched by Godless Globalists and their servants, America’s Ruling Class and the corrupt, worldly church that Archbishop Vigano described in his letter to President Trump as a deep state church.

In his book, The Naked Communist, Skousen detailed the communist and deep state church’s diabolical plan to destroy our nation from within. In back of this plan, directing and funding it, was our Ruling Class and deep-pocket Globalists who paved the way for communists and corrupt churchmen to engage in a ‘long walk’ through our religious, political, and culture sustaining institutions to seize control and slowly pervert them. In Chapter 13 of his book Skousen lists 45 goals of communism in America. Number 17 reads:“

What are the 45 goals of communism in the USA?
Link

Here are a few more that u should find familiar:

18. Gain control of all student newspapers.
19. Use student riots to foment public protests against programs or organizations which are under
Communist attack.
20. Infiltrate the press. Get control of book-review assignments, editorial writing, policymaking
positions.
21. Gain control of key positions in radio, TV, and motion pictures.
22. Continue discrediting American culture by degrading all forms of artistic expression. An American
Communist cell was told to “eliminate all good sculpture from parks and buildings, substitute
shapeless, awkward and meaningless forms.”
23. Control art critics and directors of art museums. “Our plan is to promote ugliness, repulsive,
meaningless art.”
24. Eliminate all laws governing obscenity by calling them “censorship” and a violation of free speech
and free press.
25. Break down cultural standards of morality by promoting pornography and obscenity in books,
magazines, motion pictures, radio, and TV.
26. Present homosexuality, degeneracy and promiscuity as “normal, natural, healthy.”
27. Infiltrate the churches and replace revealed religion with “social” religion. Discredit the Bible and
emphasize the need for intellectual maturity which does not need a “religious crutch.”
28. Eliminate prayer or any phase of religious expression in the schools on the ground that it violates
the principle of “separation of church and state.”
29. Discredit the American Constitution by calling it inadequate, old-fashioned, out of step with
modern needs, a hindrance to cooperation between nations on a worldwide basis.
30. Discredit the American Founding Fathers. Present them as selfish aristocrats who had no concern
for the “common man.”
35. Discredit and eventually dismantle the FBI.
36. Infiltrate and gain control of more unions.
37. Infiltrate and gain control of big business
40. Discredit the family as an institution. Encourage promiscuity and easy divorce
42. Create the impression that violence and insurrection are legitimate aspects of the American
tradition; that students and special-interest groups should rise up and use [“]united force[“] to solve
economic, political or social problems.
43. Overthrow all colonial governments before native populations are ready for self-government.

Surely u have 2:13 to hear Sidney Powell about the laptop.

Word is tick-tock is very close to the alarm going off.

When does crime become domestic terrorism?

Surely u can spare 2:06 minutes
replace “Ireland” with USA

My heavenly Father, I come before You at Your throne of grace, in the name of Your only begotten Son, the Lord Jesus Christ. It is He is the King of Kings and Lord of Lords, all to Your glory and honor.

I ask dear God for Your continued protection of President Trump, his family and those of his administration and departments which are aligned to setting things right again in the USA, a country that You had blessed abundantly in the past.

Dear God, You know the horrendous immorality, corruption, treachery that has been a lifeblood to many in the government (federal, state and local) as well to the large corporations which peddle disinformation, lies and propaganda to the citizens of this country and the world. You know the organizations in the government which have been vital to instigating violence and upheaval, all in the quest of power and for the love of money.

God, You know, the people who sustain the wicked and vile systems in our country want to not only remove President Trump from power but lick their lips with desire in killing him and his loved ones all because they need the wickedness in our country and throughout the world to not only continue but to grow.

Please God I ask that You expose to all the world to see in the very near future the people who are behind the corruption, immorality and treachery. That they all be held accountable, justly and serve in prison or via capital punishment.

Our country and the world need these individuals to be exposed and punished.

We all need to see one level of justice for all.

Thank You God for being so merciful to me and many of us in our country. Thank You for your longsuffering and loving kindness.

I ask all this in the name of your Son, my Savior, the Lord Jesus Christ. Amen.

When does crime become domestic terrorism? 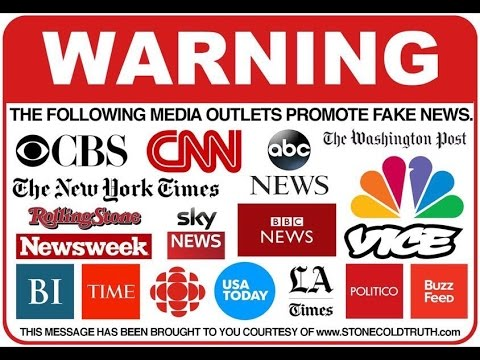