A recent report called “Foreign Terrorist Fighters in PKK/YPG in Syria: Violent Extremism Backfires” has revealed the relationship between YPG/PKK terrorists in Syria and Antifa movements in western countries, warning about the possible negative consequences of turning blind eye to extremist groups’ activities.

The report, written by academics Murat Tınas and Ahmet Demirden and published by the Turkish National Police Academy (TNPA), said that the PKK terror group’s affiliates in Syria have recruited many western individuals from far-right and far-left organizations including Antifa groups operating in European countries, the U.S., Canada, and Australia.

“When the U.S. president announced that Antifa would be designated a terrorist organization, many turned their eyes to the controversial Antifa movements. Although Antifa and some of its members’ criminal acts terrorizing their societies may be a new phenomenon for many, they remain well known to those who have been monitoring the current developments related to terrorism in the Middle East,” the report underlined. 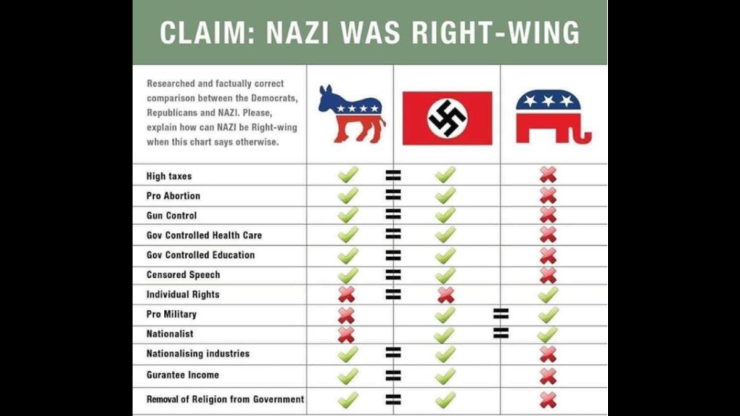 In November 2019, the star witness for the Democrat Representative Adam Schiff’s impeachment show trial was announced.  Her name was Fiona Hill.

The connection to Fiona Hill is huge.  This shows that Adam Schiff’s disgusting unconstitutional impeachment proceeding based on no crimes on the part of President Trump had as star witness, Fiona Hill, who is a close associate of the individual behind the grotesque and unverified Steele dossier, which was the heart of the Trump Russia dossier.

As we previously mentioned Roger Stone outed Fiona Hill in 2017 as a Deep State spy in the White House under then NSA Advisor General H. R. McMaster.  The George Soros connected traitor was outed by Israeli spies as was reported by Stone at InfoWars.

Infowars first reported that Hill worked as a mole for Soros when Trump confidante Roger Stone broke the bombshell in May 2017, revealing that Hill was serving as Soros’ mole under the supervision of former NSA adviser H.R. McMaster.

The video below shows Trump confidante Roger Stone in July 2017 warning that he was told he would be “targeted for annihilation” by the FBI for exposing the mole.

Stone was raided by the FBI and arrested in January 2019.

The Brookings Institute should be shut down.  Hill, Ciaramella, Danchenko, Soros, Schiff and others should be arrested and charged with attempting a coup of the Trump Administration.  This should be done today.

This from the Conservative Tree House:

This 2017 tweet by the whistleblowers’ attorney is evidence of what we were sharing yesterday.  A point that almost everyone is missing…. What is happening now with Adam Schiff and his Lawfare-contracted legal aide, Daniel Goldman, was designed last year.  The current HPSCI legislative impeachment process, and every little aspect within it, is the execution of a plan, just like the DOJ/FBI plan was before it in 2016, 2017 & 2018.

Adam Schiff and Daniel Goldman are executing a plan concocted long ago. None of the testimony is organic; all of it was planned a long time ago, long before anyone knew the names Marie Yovanovitch, Kurt Volker, Gordon Sondland or Bill Taylor.   All of this is the coordinated execution of a plan.

The anti-Trump members of the National Security Council and U.S. State Department were always going to be used.  Throughout 2018 and 2019 embeds in the ‘resistance’ network were awaiting instructions and seeding evidence, useful information, to construct an impeachment narrative that was designed to detonate later.

When Bill Taylor is texting Gordon Sondland about a quid-pro-quo, and Sondland is reacting with ‘wtf are you talking about’, Taylor was texting by design.  He was manufacturing evidence for the narrative.  This was all a set-up. All planned.

When Marie Yovanovitch shows up to give her HPSCI deposition to Daniel Goldman with three high-priced DC lawyers: Lawrence Robbins, Laurie Rubenstein and Rachel Li Wai Suen, having just sent her statements to the Washington Post for deployment immediately prior to her appearance, Yovanovitch is doing so by design.  All planned.

(emphasis added by me)

2 cents:
I have wrote this before…

Think back to Bush vs. Gore election and the drama following it in ref to the votes and chads. After Bush becomes president did all these bad actors come at him like this?  No, why?  Because he was blood of the bad actors. He was a global communist. His dad was not only CIA but Mr. New World Order. They knew with Bush that their HIDDEN means and agenda was safe.

Why is BHO, Mr. Chief Empty Suit so adamant at funding and strategizing the means to steal 2020 from President Trump?

Here are some interesting points to think about prior to 2020, especially to my friends on the fence, like moderate Democrats, Libertarians and Independents and the never Trump Republicans and those thinking of “walking away” from the Democratic party.